Thanks to all who sacrificed their lives to ensure our nation's freedom.

Visit the folks in my sidebar, most of them have said it far better than I ever could.
written by Christina RN LMT at 11:55 AM 1 comment:

I know I've blogged about this before, but it bears repeating:

Don't lie. If you have no intention of tipping, just walk away. Don't tell the front desk, "Oh, I left my wallet/purse/ATM card upstairs in my room, I'll come back with the tip. What time do y'all close?"

I can count on the fingers of one hand how many times a client who's said something like that actually followed through, and that's if I amputated three fingers and a thumb.
written by Christina RN LMT at 8:41 PM 4 comments:

I'm gonna die from the cute!

First: It was my first time to serve on a jury.

Second: It was my first time (that I clearly remember) bugging out because of an oncoming tornado.

Both experiences were opportunities for learning and both were exciting in different ways. And as my roommate said, a day when you learn something new is not a wasted day (or something to that effect, right, Mulligan?)

I astonished the postmaster of my little town today when I walked into the post office carrying two rather heavy boxes of books. The combined weight was 49 pounds, plus I was also shlepping my mammoth purse, and I had a bag of cds I was planning on mailing, too.

Honestly, I only had problems opening the door, other than that, it was no big deal.

I guess all that time in the gym is good for something!
written by Christina RN LMT at 3:07 PM 6 comments:

If you can afford to pay $600 for you and your three daughters to get our most exclusive massages, you can afford to do better than handing a twenty dollar bill to the front desk gal to "split it between" the therapists. Fucking cheapskate.
written by Christina RN LMT at 7:55 PM 8 comments:

When I say, "Get undressed to your level of comfort," it's a discreet way for me to say, "It's totally okay for you to keep your undies on, if you should feel uncomfortable being completely naked."

It does NOT mean keep your jeans, belt, socks, shoes, boots, whatever on! Good Lord, people! Have some common sense!
written by Christina RN LMT at 8:55 PM 7 comments:

This ain't my first rodeo.

I've been doing massage for quite a few years now and I'm pretty jaded. Nothing much fazes me anymore.

I've had the groaners and the moaners. I've had the folks with flatulence.
I guess it was the juxtaposition of the moaning and the farting that discombobulated me a bit today. Not to mention the occasional chuckle thrown in.

At least his gas was odorless. And he never sported wood.
written by Christina RN LMT at 9:54 PM 9 comments:

I've been dying for a good nap for days, nay WEEKS. My sleep was awful during the semester, stress from school making it fractured and nightmare-ridden, so now I'm trying to make up for lost time.

The last nap I attempted, on Tuesday, died in its infancy, thanks to my soon-to-be former roommate hallooing at the door.

Today, I had just turned out the light and laid my head on my pillow with a sigh of satisfaction when my phone rang. Normally, I turn the ringer off during nap-time, but I was on-call at the spa today, so I had to leave it on. As it was my favorite brother on the other end, I ended up chatting with him for over half an hour. I think my replies to him at the end of that time were rather monosyllabic, but I don't think he noticed. :D

Finally, FINALLY, I was able to slumber. Albeit with bizarre dreams.

An all-too-short time later came a knock at the door...I'm pretty sure the nice, young Mormon missionaries weren't expecting a wild-haired, crazy-eyed woman to answer the door with dog in hand (he was barking furiously), but that's what they got! They shoved a card with their URL into my hands and took off.

I gave up on the nap and decided to whine on my blog instead. Lucky you. 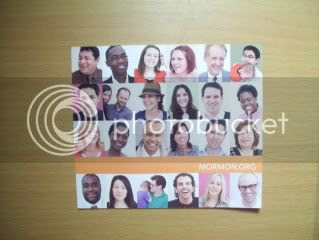 what disturbed me the most.

1. The fact that my just-turned-eighteen-year-old client had numerous tattoos.

2. The fact that the tattoos were not new.

Or 3. The fact that when I entered the room, she was texting away on her iPhone, peeking through the face rest cut-out, and that I had to use my MOM VOICE to tell her to TURN OFF THE PHONE AND GIVE IT TO ME.

At least she listened.
written by Christina RN LMT at 7:07 PM 9 comments:

My daughter, Silver the Evil Chao, sent me this pic yesterday. It's such a CUTE ITALIAN GREYHOUND...and the sentiment ain't so shabby, either. ;) 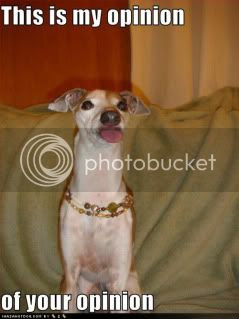 Of course, there are lots more Loldogs, go check 'em out yourself!
written by Christina RN LMT at 10:01 AM 3 comments:

Witness this week: Thursday and Friday, I had nothing.
Today, my first massage wasn't until 3:30 PM, yet tomorrow I don't get a break until 3:00 PM.

Make hay while the sun shines, I guess. I hope the tips are good tomorrow!
written by Christina RN LMT at 9:54 PM 1 comment:

douchenozzles abound on the highway.

Which isn't really anything new or exciting, but my blood pressure still reacts the same way, every time.
written by Christina RN LMT at 11:19 AM 1 comment:

Summer...it's headed for North Texas like a freight train. Temps are rising and I saw my first June bugs today.

I also already got my first mosquito bite. Fucker.
written by Christina RN LMT at 9:10 AM 2 comments:

So my final grade in both classes this semester: A!!!!

I'm so glad this semester is OVER.

My dogs being dogs, they get REALLY EXCITED when it's time to go for a walk. I mean, REALLY EXCITED. I don't like it when Harley especially gets that excited, because I can't seem to break him of the habit of jumping up at me. And I've tried and tried. So, when I'm talking or skyping with someone, and I need to let them know I'm going to be gone for a while because my dogs need to go out, I've gotten in the habit of saying, "The dogs need to go O-U-T." Spelling the word.

It only took a week or so for the dogs to make the connection. I can't even SPELL "Out" around them, they know what it means!

But I welcome my Italian Greyhound Overlords. They are easy to please. :)
written by Christina RN LMT at 11:13 AM 4 comments:

To all you moms out there, enjoy the day and allow yourselves to be pampered for a change. You deserve it!
written by Christina RN LMT at 8:28 AM 3 comments:

Oh, well I guess I could mention that today I had my SECOND brush with almost-fame. Meaning that I was supposed to massage someone famous, but they decided not to do the massage thing after all. And no, I won't tell you who!

A while back, the spa was all set to massage a very famous 80's band, but they were such prima donnas that that fell through as well.

Heh, not that I could really write about it if I *did* massage anyone famous. That would be quite unprofessional, after all. ;)
written by Christina RN LMT at 10:24 PM 3 comments:

when I draped his back, I peered at the tattoo on his right shoulder and wondered why anyone would want a tattoo of an upside-down pile of poo. Then, when I had come around to his side and was facing the head of the table, I looked more closely at it, being somewhat hindered by the dimness of the room, and realized that it wasn't poo, it was a heart. A heart of stone.

Considering that his girlfriend was in the next room getting a facial, I wonder what he's trying to say with that particular image. Not to mention that it was a VERY ugly tattoo. Hmmmm.
written by Christina RN LMT at 9:25 PM 2 comments:

I just got back from working out at my local gym. I'd managed to get there earlier than ever before (before 7 AM! Gasp!). Whom did I spy?

Our local librarian. An elderly woman, her long, graying hair back in a jaunty ponytail, glasses firmly in place, wearing THIS t-shirt: 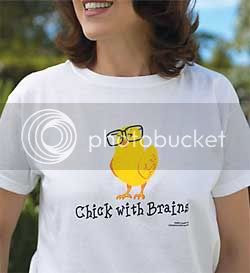 Image from here
written by Christina RN LMT at 9:19 AM 4 comments:

Seen on a chalkboard...

in a casino restaurant:

Of course, being in Texas...

we didn't have to wait until today. Just sayin'...

This one's for my friends in the Northeast!

While watching this, I laughed so hard I cried.
written by Christina RN LMT at 8:00 AM 2 comments: