I now have this fairly cushy spa gig, where I'm the only massage therapist on duty during my particular shift. It's a really nice spa which mainly focuses on skin care, so massage is almost an afterthought, but I'm working really hard to shift that perception, one massage and client at a time. ;)

So far it's not been very taxing, except for my first day where I subbed for the call-out and got thrown in with no prep. Business has been slow and I don't mind.

What gets me is my volunteer work.

Two hours a week I go into Boston and massage people from a pretty marginalized population. I'm sorry I'm being so vague, but I really can't go into detail without potentially giving away the organization I volunteer for, which defeats the purpose of this whole "anonymous blogging" gig, not to mention it risks violating my clients' privacy.

Physically the work is generally very easy, I've only had a couple of clients who've wanted deep tissue massage, but emotionally...it's been harrowing.

I've had clients experience emotional breakdowns during the massage session, sobbing and covering their faces. I've had clients relate traumatic events to me. I had a client tell me that he feels more comfortable talking to me than his therapist.

Touch is a powerful force, and I will never abuse it. And as difficult as these sessions might be for me, my clients are the ones who have lived through experiences I hope I never will, and are dealing daily with problems I can only view from the outside, for which I'm truly grateful.

All I can do is give them the best massage I possibly can, listen empathetically, and offer tissues, not platitudes. Hopefully that's enough.
written by Christina RN LMT at 6:11 PM 2 comments:

My grades for this semester FINALLY posted...

Yay, straight A's! I've not managed that in a couple semesters now, so it's about frickin' time.

I'm so happy. Now it's time to relax a bit. Headed to the movies soon for (possibly) a double feature, definitely Amazing Spiderman 2, possibly Godzilla, and who knows? I really want to see X-Men: Days of Future Past, too...
written by Christina RN LMT at 12:53 PM 5 comments:

Thank you for your sacrifice. I hope we who were left behind prove worthy of it. 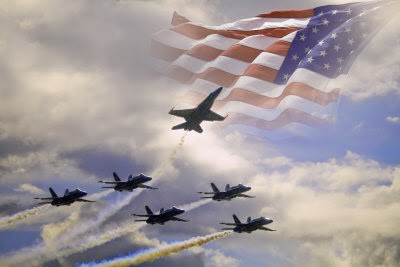 I am exhausted but yet I FEEL FANTASTIC! Summer, here I come!


And you know...next semester is my LAST semester in nursing school, w00t! Can't wait to be completely done.
written by Christina RN LMT at 6:13 PM 2 comments:

We live on an acre of land, and the neighbors have about the same size lot. There's no fence, and they don't care if my dogs are roaming around over there because 1. my dogs ignore the chickens and 2. more poop=more fertilizer.

After the incident of Tucker getting tagged by a car while attempting to get into a garbage bag left by the side of the road, I've been much more diligent about always going out with the dogs and keeping them within sight while they're doing their business (which includes scrounging under the neighbor's rabbit hutches for dropped food).

This morning, while half awake, I was standing in my jammies in the shade of a tree while observing my pups water the flowers (so to speak), when suddenly I was nearly beaned in the head by a bagel.

Yes, a bagel. From the sky.

As I stood there stupidly gazing at the bagel lying innocently in the grass, my sleepy brain trying to process it, I heard a rustling up in the tree and quickly looked up to spy an EVIL SQUIRREL looking back at me with its beady black eyes.

"Ah HAH," I triumphantly crowed. "Behold the villain of the piece!"

Now the question is: Did the squirrel really try to hit me in the head with the bagel? Or was it trying to appease the canine brute squad by tossing the bread down to them in the hopes that it itself would be ignored ("Please, for the love of all that's holy, TAKE THE BAGEL BUT SPARE ME! I have kits in the nest that need me!").
There is some truth to this, because my dogs did run over immediately after they literally saw manna fall from heaven, and only my sharply-spoken "Leave it!" deterred them from starting to nosh.

Of course, the most mundane explanation is that the squirrel merely lost control of the too-big-for-it-to-carry-easily food item, and the timing is just coincidence...but considering the look we exchanged as we made eye contact...

Gonna have to wear a hard hat when walking the dogs now.
written by Christina RN LMT at 9:25 AM 6 comments:

So, I quit my job at the spa effective March 1st, thinking that it was really time for me to find a job in a hospital, like a tech or aide position. Since then, I've been volunteering my massage services weekly, which is very rewarding in every way but one, the one needed to pay my bills!

I've applied for seven different positions at five different hospitals, and have yet to hear back from a single HR department, and when I call, I'm told the "application process takes time," and many variations of "don't call us, we'll call you."

A couple days ago, TallyAngel and I were running errands in the neighborhood, one of which was her getting her hair cut. Her preferred salon is right next to a fairly upscale day spa, and loth to sit around and wait, I wandered next door with my Starbucks venti cup in hand, wearing jeans and a t-shirt and ratty sneakers, just to see what's what.

The lady behind the counter turned out to be the spa manager, and I casually asked her if she was hiring massage therapists. Her face lit up as she exclaimed, "Yes! What's your availability? I'm assuming you're state licensed? Can you email me your resume?"

I walked out after having had a tour of the spa, questions about commission, hours, and the like answered, and setting up a practical  (like an audition) for the next day.

Yesterday, I showed up and wowed her with my amazing massage skillz and magic fingers (and elbows!), and after speaking for a bit with the Vice President of the company (who told me that my resume was *ahem* "impressive"), I was offered a position.

I go in in an hour to fill out all the boring forms and make copies of my various certificates and licenses, then I start next week!

Exactly 23 minutes after this post went live, while I was in the middle of eating breakfast, my phone rang. It was the manager of the spa, and she was frantic: the sole massage therapist working Saturdays had called in sick, and would I be willing to jump in and cover her shift? With the first massage starting at 9:15?

If it involves making some much-needed moolah, then count me in!

So I came, I massaged, and I conquered. $90 in cash tips later, plus 39% commission, plus whatever credit card tip the one client left me...yeah, I'd say it was a good move to "help out". LOL...

The icing on the cake? Right before I left for the day, while I was finally filling out that boring paperwork, the manager mentioned that this was the second time in six weeks the Saturday therapist had called in sick, leaving the spa with no massage coverage. Then she said that if I wanted Saturdays, too, that shift was mine...

I had a dream about a week ago. It starred Old NFO as a sooper seekrit spy type dude. There were all these covert operations and James Bond-type shenanigans, then he had a new assignment which required him to team up with another agent who had to pretend to be his wife...

Old NFO, you were "married" to my classmate Damarys, who's 25, from the Dominican Republic, and smoking hot. You're welcome. ;)

My nightmare was last night. Ugh.

I was lucky enough this semester to have my pediatric clinical rotation be over half-way through the semester, as we doubled up on our clinical hours every week to free up the clinical site for the next group of students. So my last Monday clinical was on March 24th. Except when I dream.

I dreamed that I woke up in a patient's room in my jammies, on a Monday morning, and it was apparently my very last clinical day. The patient was a small infant lying in a crib, and the nurse was bustling around telling me to hurry up. She told me, "He needs a blood transfusion. Take care of it."
Then she walked out of the room, leaving me alone with the sick, listless infant.

I walked over to the old-fashioned refrigerator that was inexplicably inside the room. It looked much like this one, only it was pale yellow instead of green. 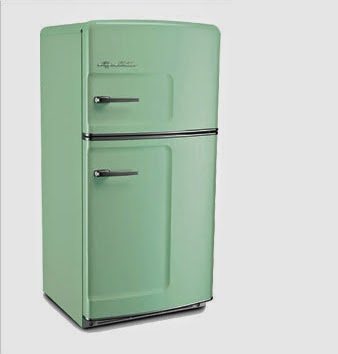 I opened the door to find bags of blood hanging inside, so I grabbed one and turned to my patient.

Luckily, even asleep, sanity prevailed and I realized, "I don't know what the fuck I'm doing! I never learned how and I need HELP!!"

I think it's about fucking time this semester ended. One more week of classes, one big project, a med-calc exam, and two finals, then I'll be free for the summer. It can't come soon enough to suit me!

where the delight of finally being able to sleep with the window open again is tempered by being woken up at 4:30 AM when the REEK of skunk wafts to my nostrils...
written by Christina RN LMT at 6:55 AM 3 comments: