Overheard at the dinner table...

Young Child (excitedly): Oh, did you have baby pigs?!

Older Lady (deadpan): No, we had bacon.

uproarious laughter from around the table
written by Christina RN LMT at 3:42 PM 5 comments:

- Bruiser has picked his people, and it's not us. I'm maintaining the polite fiction of "This is my cat, I'm just SHARING him with you." and taking food up to my neighbor's place, but I'm just kidding myself. I don't see him at our place anymore at all. *sigh*

- We made a pilgrimage to Zimman's to look for fabric for costumes for a certain EVENT that's rapidly approaching (COLUMBUS DAY, GAH! I NEED TO LOSE TEN POUNDS!), and I was completely floored by the mountains and mountains of gorgeous available fabrics. I'm pretty sure Phlegmmy would have been in raptures. We took a pic of a bolt of fabric that we believe she'd love and sent it to her...haven't heard back yet, I hope she didn't pass out from squee overload!

- Went to the local Y and signed up yesterday (s.a."GAH"). Perfectly suitable for my needs and located right around the corner.

- Two notable things happened during this process. First, a man came in to exercise who had forgotten his little key-card thingy and had to give his last name instead...and I almost choked on held-back laughter. Out of respect for the delicacy of feelings some of my readers have (*snerk*), I won't repeat the name here. Suffice it to say that in my head I was shrieking, "He might as well be named 'PUBES'!" Second, a teeny, rickety old couple came in to use the pool, noodles in hand. Just as I was thinking to myself, "How adorable, they still exercise together!" they started berating the poor front desk gal because the main pool was closed for the afternoon due to contamination. Like it's her fault! Oh, and the female half of the couple maimed my foot with her cane as they stalked off (okay, shuffled off is more accurate) in a huff.

- ZOMFGIRENEMAGEDDON!!!!1!!ELEVEN!!! HALP US WE'RE ALL GONNA DIEEEEEEE! Uh, probably not. But we do plan on securing all outside items so they don't become projectiles.

- Oh, and in case you were wondering...we did find some spectacular fabric to incorporate into my costume, squeeeee!

That's about it for me today, how are all y'all doing?
written by Christina RN LMT at 7:00 AM 4 comments:

I've not felt much like posting lately because one of my cats, Bruiser, went missing. I hadn't seen hide nor hair of him in a week, and he hadn't been sneaking back to the house at night to eat the food I set out for him and his brother, either. I could tell by the amount of food left in the bowl.

We live near a conservation area and there are lots of dangers for an outside cat, but Bruiser is smart and comes from a long line of tough barn cats, so I wasn't too worried the first few days. As time passed, however, I started getting anxious. His brother, Pipsqueak, was even more anxious, and had been yowling for him, to no avail.

I had frequent nightmares of his being injured and helpless, mewing for me...

One call I saved for last, because I had to wait to get my phone bill to find the Tuna-Lady's number. Bruiser visited her last month and she made the mistake of feeding him tuna, hence the affectionate nickname I bestowed upon her. My cats wear collars with name tags and my phone number, so she called to make sure he hadn't been abandoned.

Anyway, I called and left a message on her answering machine, not expecting too much, only to get a call back a few minutes later, informing me that Bruiser was lying on her deck right now, chillin'. Little fucker!

He's been hanging out at that particular cul-de-sac for the past week, making friends with all the folks who live there, particularly the ones who give him treats.

In return he's warmed laps and hearts, filled the air with purrs, and brought them gifts like snakes and blue jays. Tuna-Lady sits on her deck with him every morning, drinking her coffee and enjoying his company.

It took three tries to get him to STAY in the car for the drive back to our house, and right now he's in my room, fairly satisfied since my dogs are there to keep him company and he has food. But it's not going to last. This is the cat who's an escape artist and who wants to be outside with every fiber of his feline being. I told Tuna-Lady that I'm sure he'll be back to visit there soon, and to just give me a call or text when he shows up and hangs out for too long.

I'll make sure I keep up with his Frontline for Cats and his vaccinations, and we'll reevaluate the situation as it gets colder here. Last winter, my cats were still kittens and 100% indoor cats, so I don't know how they'll behave this time around, especially considering we live in Massachusetts now, not Texas!

I know one thing for sure: if Tuna-Lady's husband weren't allergic to cats, Bruiser would undoubtedly have a permanent home there, regardless of what his collar says!

I saw a morbidly obese young girl, maybe 12 or 13 years old, entering a restaurant with her family, wearing a tank-top that read:

YOUR HEALTH IS YOUR FUTURE

In all sincerity, good luck with that. You're going to need it.
written by Christina RN LMT at 12:58 AM 6 comments:

As I was bitching pissing and moaning whining dulcetly complaining for the millionth time about my lower back pain yesterday, my friend B. eyed me up and down and abruptly said, "Lie down!"

"Yup, right here on the floor."

"Okay...?" Remembering with trepidation the many, MANY times my last chiropractor had attempted to adjust my lower back, I complied.

Then B., RN and one-time Physical Therapy student, proceeded to rearrange me to her liking.

"Flex that knee and bend the leg over to the floor...straighten the other leg...good...now lay your upper body flat...okay, where exactly does it hurt?"

I lifted the hem of my t-shirt a bit and prodded my left SI joint.

"Right here, and the pain extends across my hip and a bit down my leg, it feels WRONG, like something's catching there."

B. kneeled next to me and palpated the joint, saying, "Hmmm...it's definitely protruding a little more here than the other side..." Then she leaned over and cupped my left knee with her left hand, pulled it toward her, and PUSHED with her right hand against my recalcitrant ilium.

I felt things shifting all across my lower back, even in my right hip.

B. kept the pressure steady, until it was pretty obvious that my back was finished adjusting, then she rubbed it a bit and said, matter-of-factly, "All done."

As I turned over to lie flat on my back and stretch, pain-free for the first time in months, I batted my eyes at B. and asked, "Marry me?"

Alas, she turned me down flat, laughing even (her hubby beat me to the punch YEARS ago), but she did agree to getting a massage from me.

Thanks so very much, B.!

*grumble grumble* Stupid ilium...you'd better stay where you belong, or I'll sic B. on you again! 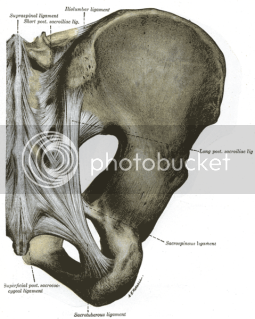 ...with peppermint tea: NOT RECOMMENDED.
written by Christina RN LMT at 11:28 AM 8 comments:

LabRat is my hero, again!

If only every parent would read this, and absorb it, and agree with LabRat's brilliant-yet-commonsensical views, the world would be a far better, saner place.

I'm sending this link to all three of my daughters (who were vaccinated against HPV, thankyouverymuch.)

H/T to LabRat of the Atomic Nerds, who is far smarter than most, yet has such a way of explaining things, even us mere mortals can understand them. 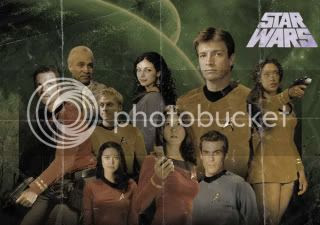 ...nothing says "ambiance" like a bag of dog poo.

just got a whole lot better. 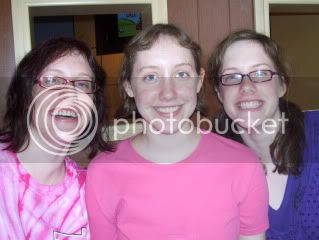 Could somebody explain to me the ridiculous overabundance of Dunkin Donuts stores in Massachusetts? I swear to God, there's one on every corner! I also saw many stores in neighboring states, but Mass is reaching DD critical mass!

In my town, there's even one spot with two DD stores right across the street from one another. You know, so they get you coming and going.